No added salt chicken broth can help anyone on a low salt diet enjoy soup again.  Soups are often one meal that is avoided by anyone who has been told to lower their sodium intake.  Commercial canned soups are super high in salt. Homemade soups may be better, but not always a great alternative because commercial broths used as the base are high in sodium (even low salt versions).  Homemade broth is really easy to make and can be flavored without using any salt. 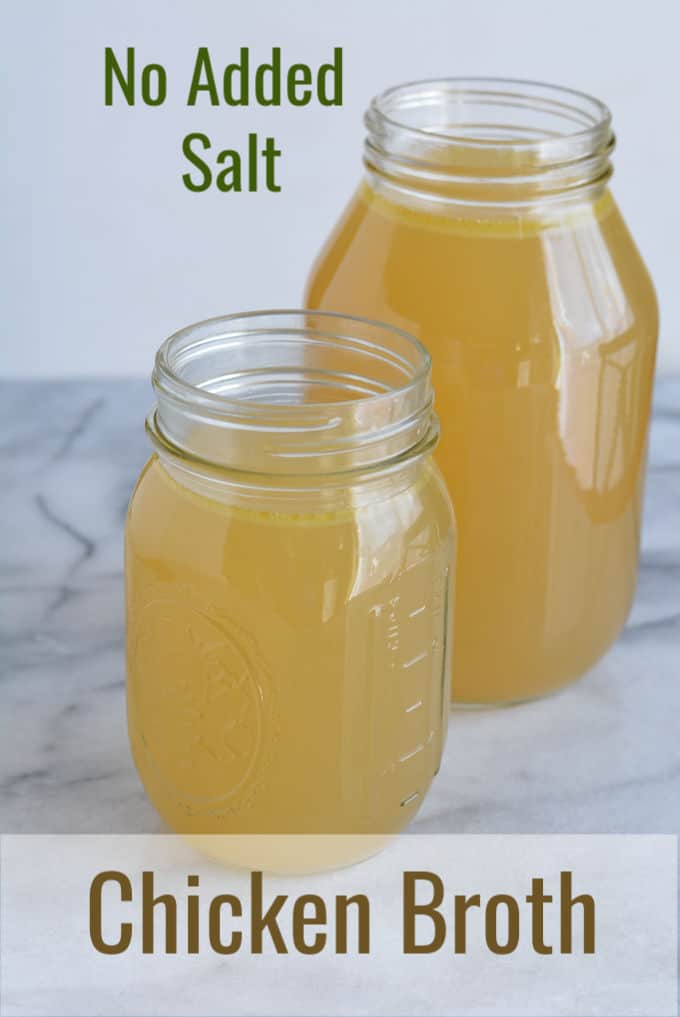 The reason this broth is called no added salt chicken broth and not salt-free broth is that I used chicken bones. Chicken has salt added to it frequently. According to Cooking Light, many varieties of chicken purchased at grocery stores are injected with a mixture of water, sodium, and other additives to make the meat more tender and juicy.

I use the chicken bones from chicken pieces or a rotisserie chicken carcass.  I have usually used all the meat already, but if there is any meat left or salt was absorbed into the bones I can't say that this broth is sodium-free.

How to Make No Added Salt Chicken Broth 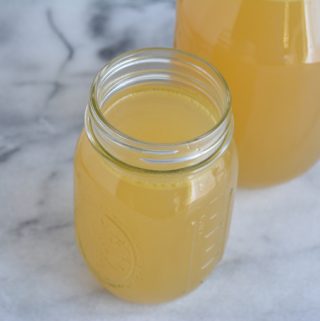 You may use a whole chicken if you wish and cook the meat right in the broth. You can then use the meat for other recipes. Keep in mind that the broth will be higher in salt and fat if the meat cooks within the broth.

Homemade chicken broth would be perfect in these recipes: