Stuffing made from whole wheat bread, fresh herbs and veggies are so much better than instant! Why get your stuffing out of a box or bag? This whole wheat herb stuffing is easy and goes with turkey or chicken. This stuffing is also lower in sodium so safe for anyone who follows a reduced-sodium diet! 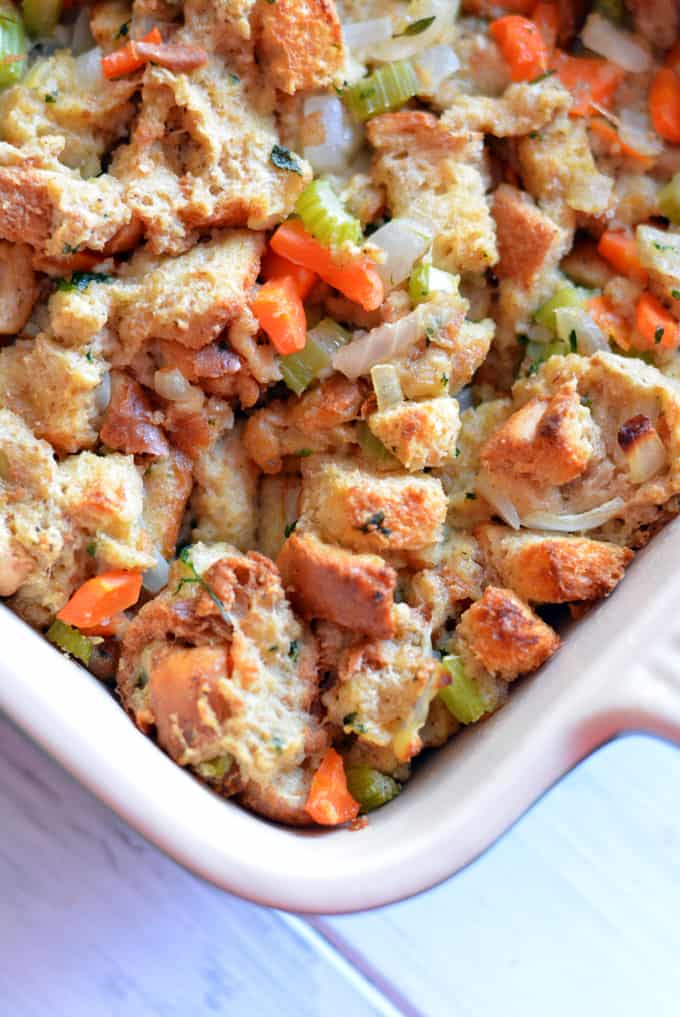 I love stuffing.  In college, I made Stove Top stuffing and just ate that for dinner. I know how terrible that is since I was a nutrition student, but I only did that once (I think).

For Thanksgiving, we always have homemade stuffing. My grandfather hosted Thanksgiving every year until he passed away in 1996.  His stuffing was very simple: white bread diced and dried, celery, onion, marjoram, and parsley. I have his recipe and it's titled "Grandpa's Wet Filling"

One year my Dad made the stuffing and decided to put the parsley into a food processor instead of chopping it by hand.  The parsley sort of multiplied.  The stuffing had way too much parsley.  It became infamously known as the parsley stuffing.  Let me tell you it was pretty green! 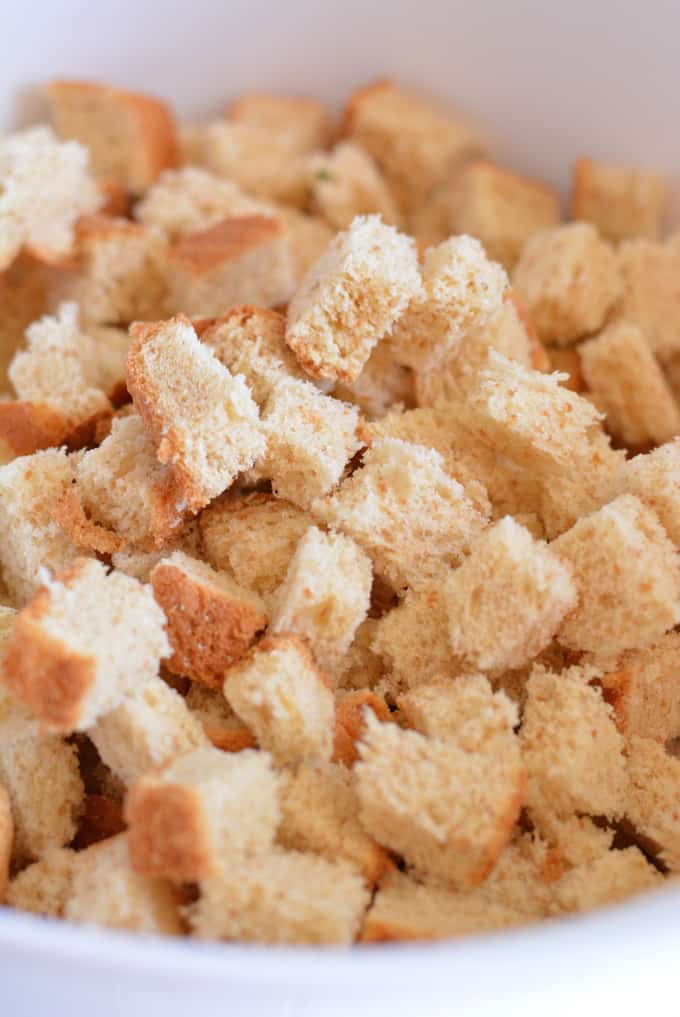 I prefer less parsley and a few other herbs.  I also prefer whole wheat bread over white. This stuffing is made with whole wheat sliced bread that I laid out on the kitchen counter to dry out.  I have also used french bread too!

I have purchased the stuffing crumb packages before, but I prefer to make my own. The kids kept asking why I had bread sitting out.  I think I explained what I was doing at least three times. 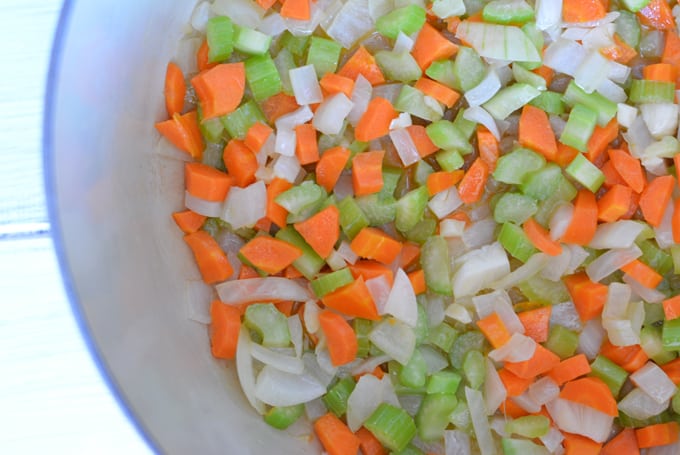 Celery and onions are the only veggies my grandpa would use in his stuffing recipe. I love to add carrots.  I'm not sure that my hubby likes carrots in his stuffing, but I love the pop of color. The extra nutrients aren't bad either.

I have made a lot of different stuffing recipes, but I think this one is my favorite. This is a jazzed-up version of grandpa's stuffing.  It is moist enough to not need to be cooked in the bird.  I really don't like stuffing that is packed into the turkey. The risk of foodborne illness is just too great for this dietitian!! 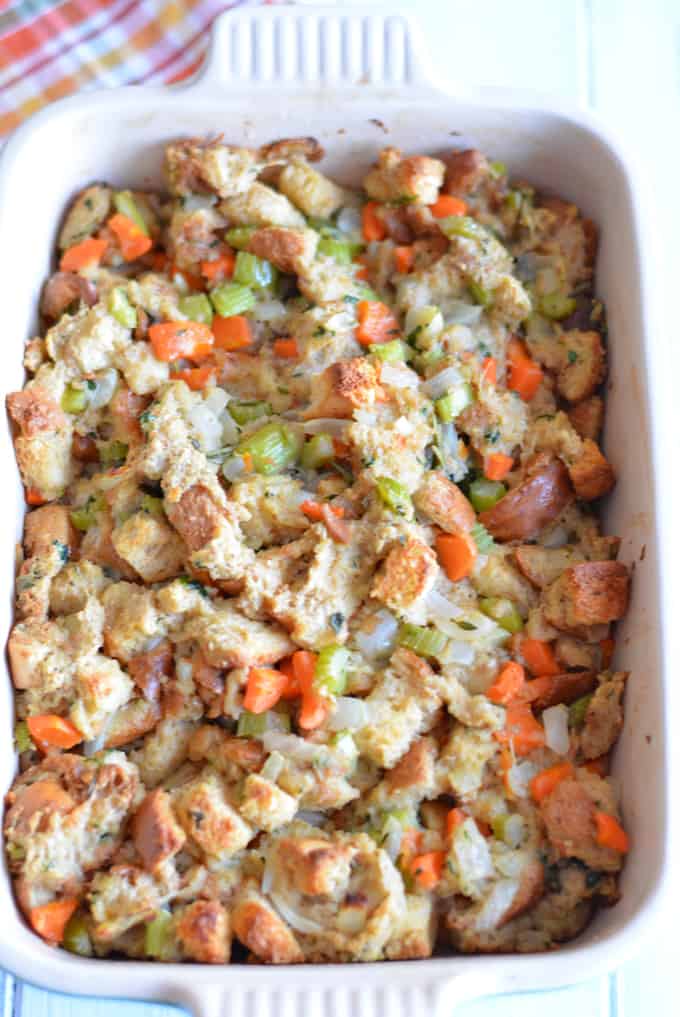 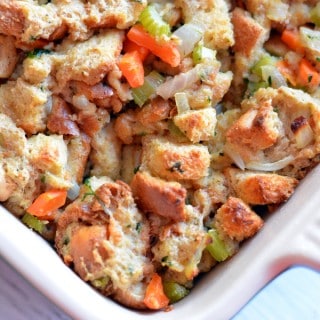 Side Dishes you may enjoy:

Recipes to use up fresh thyme and rosemary: