Have you ever wonder what to do with a parsnip? You know, the vegetable at the grocery store that looks like a carrot, but is white?  Parsnip puree is a wonderful alternative to mashed potatoes. Today is the 21st and time for the Recipe Redux challenge.  "Pick a new ingredient that you’ve been wanting to try… and cook or bake up a new recipe in the new year. Are you curious about nutritional yeast, fish sauce, matcha, teff – or maybe even ugli fruit? Show us how you’re cooking with something new (to you!) in 2016." Parsnips are a root vegetable similar to carrots.  They are a bit sweeter than carrots, but not considered a high sugar vegetable.  Nutrition: parsnips contain 100 calories per 1 cup.  Parsnips are low in fat with only 0.4 grams of total fat per serving and 0 mg cholesterol.  As far as carbohydrate content, parsnips contain 24 grams of carbohydrates, but only 6 grams of sugar per serving.  Parsnips are a rich source of fiber and potassium.  One serving of parsnips provide 499 mg of potassium. Parsnips don't seem as unusual as some of the suggestions for today's challenge, but as I said in my post from earlier this week on Brussels Sprouts, I did not grow up eating a variety of veggies.  We were a green bean and corn family!

The first time I tried parsnips was a few years ago at a restaurant, but have never cooked them myself.  I love mashed potatoes, but often do want a less starchy alternative and parsnips are a great option.  Cooking time was a bit shorter too. 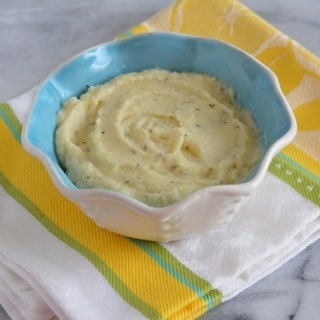