I have to admit I really don't love pie, at least traditional fruit pies.  I love fresh fruit, but dislike the texture of most cooked fruits.  So the only two pies I will actually eat are pecan pie and chocolate cream pie. 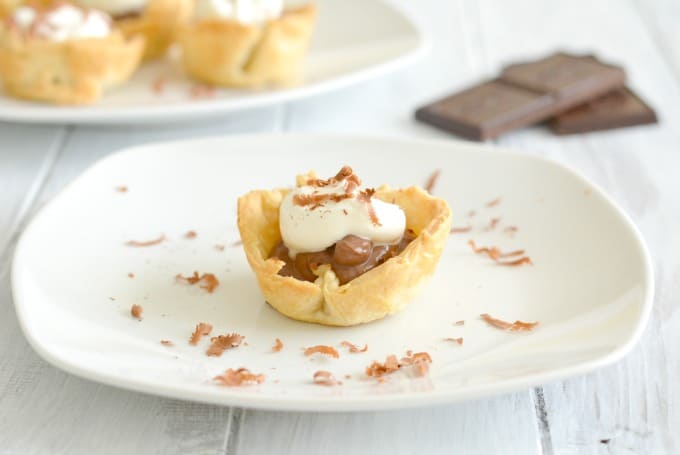 Just about anything chocolate is ok with me.  I even put chocolate in my pecan pies! Pie, like all desserts, are pretty high in the calorie department.

The serving sizes of many pies and cakes cause you to consume 500 calories easily.  The chocolate cream pie recipe that I love and have used for years yields a 525 calorie slice! OMG!

To help reduce the calorie impact of my own sweet tooth I have begun to make desserts in smaller forms, hence these Mini Chocolate Cream Pies.  Using a refrigerated pie crust you can whip this recipe up and be ready to eat pie in less than an hour. You simply cut out smaller circles from the pie crust dough.  Unfortunately, I do not have a round cookie cutter.  I only own holiday, flower, and dinosaur-shaped cookie cutters!  So I improvised and grabbed a disposable cup to use as my guide.

Who says you need fancy tools!!  I was able to get 6 smaller circles.  There is a bit of dough let. You could make a 7th mini crust, but I prefer even numbers. Tips to make your one mini chocolate cream pies! 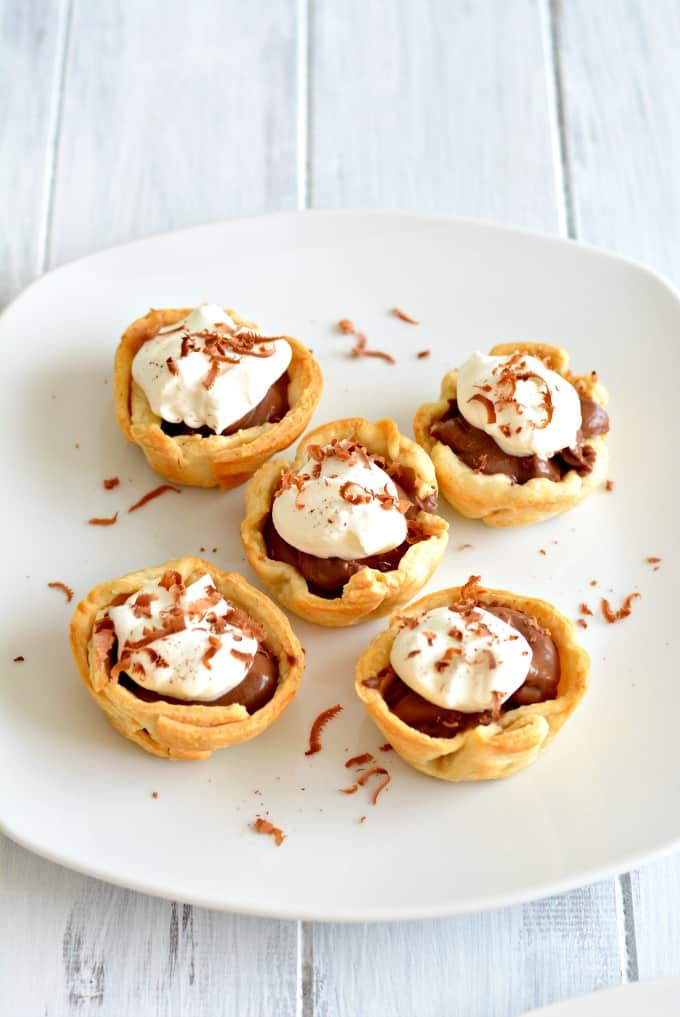 The whipped cream only takes a few minutes to prepare.  I love fresh whipped cream, so I wait until we are ready to serve the mini pies.  This recipe only makes 6 pies.  Like I said earlier you can probably squeeze about 7 crust cups if you need to.

You will also likely have left over chocolate cream and whipped cream.  Most refrigerated pie crusts come with two crusts per package, so doubling this recipe makes sense.  I like to make a few at a time so I am not tempted to eat too many!

Side note:  I experimented with Stevia in the Raw with this recipe, but felt that the pies had an after taste that I was not fond of.  The calorie and sugar difference between the recipe with Stevia and without was not that significant, so I prefer this recipe with sugar.  Yes, white sugar! 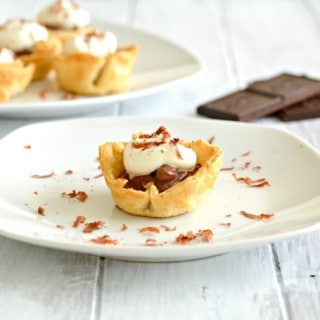 When I make whipped cream I usually make an entire cup, however this recipe only uses about a third of the prepared whipped cream. If you want left over whipped cream increase the heavy cream to 1 cup and the confectioners sugar to 1 tablespoon.